Results of the gorilla census results for the period 2017/2018

On 16th December 2019 the result of the new gorilla survey for 2018 was released after having been conducted under the framework of the Greater Virunga Transboundary Collaboration initiative. 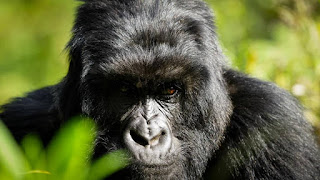 The Uganda Wildlife Authority (UWA) in 2018 launched a new census of the mountain gorilla population in Bwindi impenetrable National Park to assess their numbers, assess the conservation efforts, estimate the population of other mammals like bush pigs, elephants, and monkeys and human activities in the park for planning and conservation purposes.
The census was funded by the International Gorilla Conservation Program, a global agency of the United Nations dedicated to protecting gorillas and their habitat, to the tune of $100,000 (about sh280m). The team, comprising of Ugandans, Rwandese and DR Congolese wildlife experts traversed the entire 331sq.km forest in this remarkable counting of the great apes.

Posted by costantino tessarin at 8:14 AM